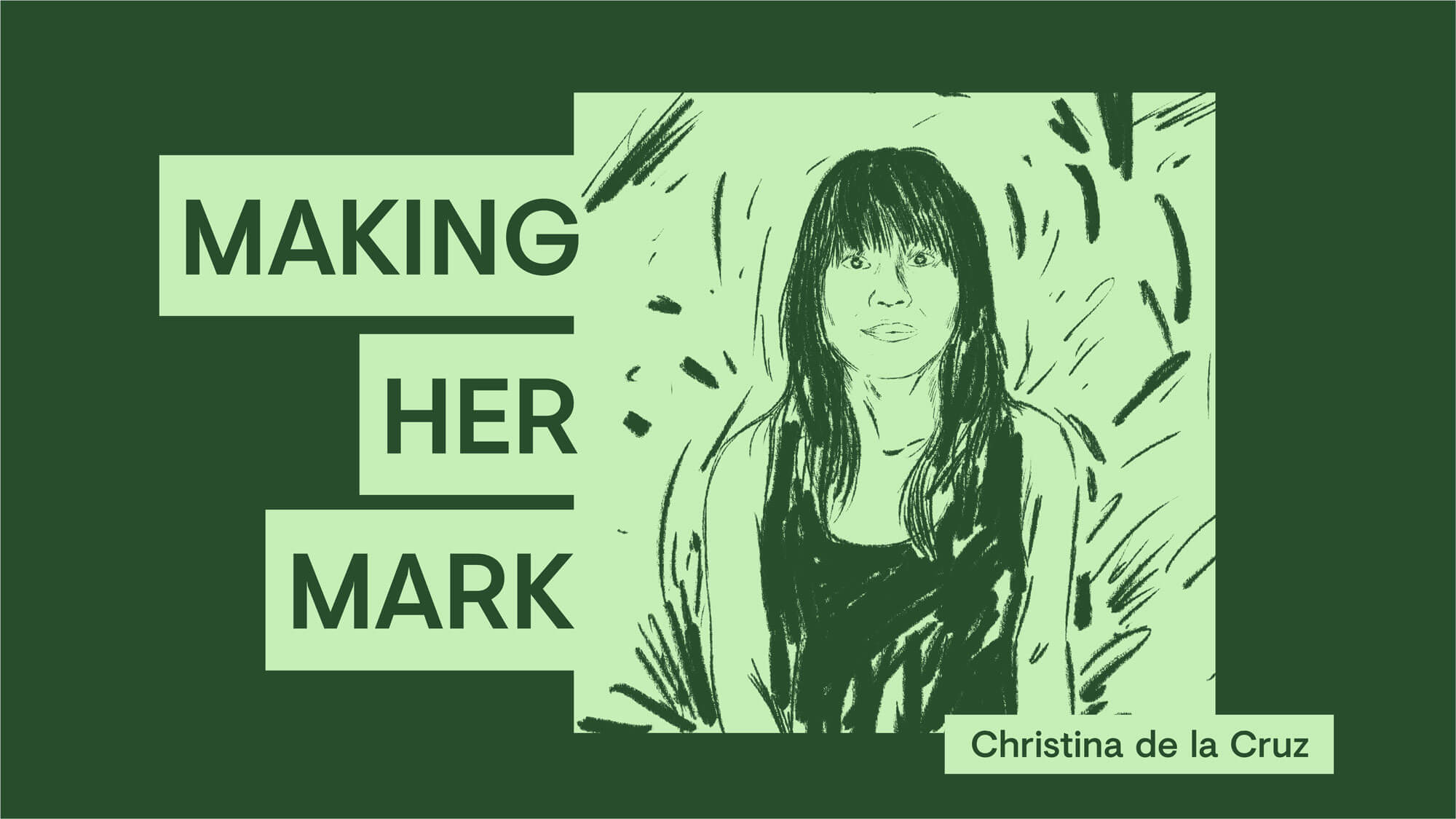 To highlight the contributions of women who innovate every day and dare to break the rules, here’s the second article of a portrait series on some of our inspiring creative leaders.

Christina de la Cruz’s journey to becoming a Creative Director has been full of unexpected and exciting turns. Originally in pre-med studies, Christina’s father encouraged her to drop out and study intaglio printmaking, which eventually led to an introduction to art direction and a career as a creative. Since then, she’s lived in 13 cities across 5 countries and worked in multiple industries, including fashion and tech.

A self-described art and music junkie, Christina constantly seeks out the energy and connections found in galleries, in museums, and at shows (in pre-pandemic times, of course). “It’s the connection you instantly share with the people around you because regardless of whether you’re strangers or not, you get to share that artist or experience.” She believes in the importance of living a life outside of work, having recently studied permaculture as a way of connecting with her community after moving to San Francisco.

Her parents, both medical professionals and immigrants from the Philippines, are also a huge source of inspiration. Christina’s heritage and ethnicity play an important part in who she is as a creative. John Jay, a long-time mentor, has always helped remind her what it means to be Asian in this industry.

It was while freelancing for a tech company that Christina first felt a responsibility towards righting the industry’s diversity wrongs. “I thought I should take a full-time job because then I would be more committed and integrated into a place to help build a culture there and to encourage representation through work.” True to her word, she’s now focused on doing just that at our LA office.

Viewing management as an opportunity for mentorship, Christina is eager to encourage the next generation of creatives. Early on in her career, Christina developed her craft by taking on the projects no one wanted, drawn to the challenge and opportunity to create something unexpected. “It’s important to nurture our individuality, because that’s what will lead us to that place where our voice and perspective is valued.”

Practicing what she preaches, Christina begins every day by meditating, then checks in with her creative partner, Eric Molina. Between meetings, endless cups of tea, and walk breaks, Christina uses mood boards to situate her projects within a broader cultural and contextual framework. “That mood board isn't just putting together a visual mood board; it's sourcing all of that outside influence and then seeing how that feels.” Emotional resonance is an important part of what she does and a cornerstone of her work, along with elephants, which she tries to slip into all of her productions.

Looking to the future, Christina hopes to do more work with non-profit organizations. Her current involvement with the San Francisco Skate Club has shown her how well advertising skills can lend themselves to a cause. Inspired by her study of permaculture, she’s also interested in working with spaces to shape the moments people will eventually be able to share again.

Christina's work has and continues to have a lasting impact on the industries, projects, and people she works with, and we can't wait to see what she accomplishes next.

Let’s take care of each other
We want to offer content that truly matters to you. By browsing this site, you accept the general terms of use and the use of cookies. Learn more