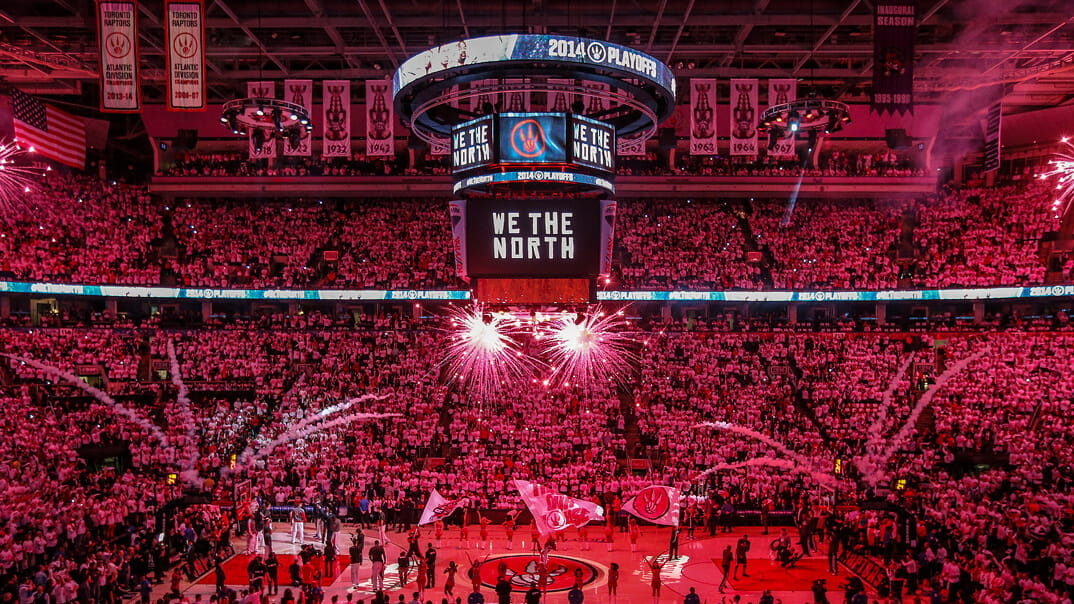 You know it as a rallying cry – a mindset that unites people around a pride of place. But did you know…?


01 —
The “We The North” campaign was initially developed for the year after it was actually launched. Set to be released during the Raptors’ 2014-2015 season, the campaign instead launched at the end of the 2013-2014 season, after the team’s surprising run to reach the playoffs. We worked to deliver the campaign in four weeks– rather than months– so we could capitalize on an improbable playoff run and kick things off with a bang.

02 —
Before the official launch, we held an intimate meeting to present the first We The North TV spot to the team as well as their most well-known ambassador, Drake.

03 —
We envisioned fans waving flags emblazoned with “We The North,” which is why we ended the TV spot with a waving We The North flag. This vision was materialized to a remarkable extent, even years after the campaign’s initial launch. Just a few weeks ago, legions of flags were being waved in the stadium and in the streets from coast to coast in support of the team.

04 —
Throughout the various meetings we held with the Raptors organization, there was one thing we could rely on without fail: Drake always smelled so fresh and clean. We’d leave every meeting he attended saying, “He smelled so good.”

Designboom highlights the design and brand identity of Color Cannabis
We want to offer content that truly matters to you. By browsing this site, you accept the general terms of use and the use of Cookies. Learn more