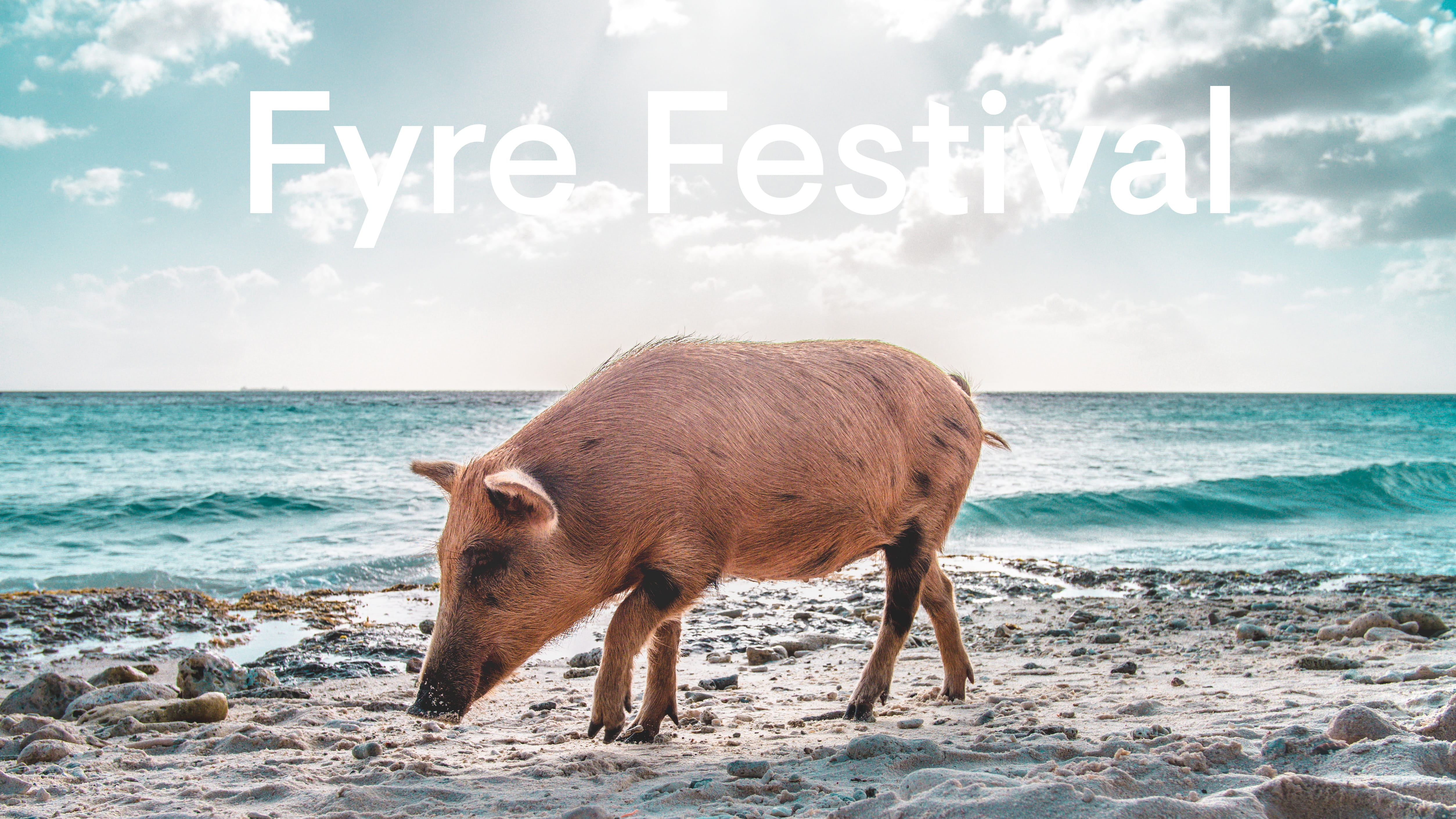 Unless you’ve been living on a Caribbean island with spotty wi-fi, you’ve heard the buzz and seen the memes following Netflix and Hulu’s competing Fyre Festival documentaries. The story of how Billy McFarland and Ja Rule planned a festival in the Bahamas (on one of Pablo Escobar’s former islands no less!) without sufficient funds, or executional know-how is mesmerizing. It was also highly entertaining - you can’t script characters like Ja Rule, Billy McFarland and Andy King (Google Andy King memes if you haven’t already).

As a marketer – I can’t help but marvel at their promotional strategy. They’ve been openly chastised for using models to build their brand which I don’t get. Hiring the top ten titans of the modeling industry with stratospheric Instagram follower numbers feels like a no-brainer. Models have been hawking products since before there were runways and fashion weeks. There’s also nothing wrong with tapping 400 global influencers to launch coordinated posts at the same time. Who doesn’t love a global groundswell campaign? And it was effective. Music festivals rarely sell out in the first year and Fyre soldout in a blink.

The true downfall was on the part of our insta-famous participants. Earning cash for being famous is old news. The problem is their complete lack of transparency. Instead of adding #ad and following influencer norms they are guilty of hidden endorsements. It’s been famously reported that Kendall Jenner earned $250,000 to post about a festival she didn’t plan on attending. A source also told Vice that no one received less than $20,000. Clearly the Fyre team should’ve been that money put towards execution instead of letting it burn in the pockets of beautiful people.

In the era of fake news and data manipulation – cases of overt influencer fraud have consumers even more wary. While there are days it feels like we’ve reached peak influencer – I still believe there is a role for insta-personalities to play in marketing. The key to this – like any tactic is to cater to your audience:

— Stay authentic (no, really!) to your personal brand – Don’t promote something you wouldn’t buy.
— Be transparent – if you’re getting paid, use #ad or #sponsored.
— Be choosy – don’t promote every item that comes your way.
— Go micro – focus on key communities of interest rather than numbers of followers

Insta-relationships aren’t that much different from the ones we have IRL. When well-executed, influencers offer a window into their intimate life. When it goes poorly – it can feel like a personal betrayal. When building any kind of partnership – brands need to carefully vet they’re hanging out with. By the same token, influencers need to make sure the companies they associate with are legitimate. Audiences can always tell when a relationship is working and when the couple’s faking it.

Read the article in Medium.

BrainStation’s “Future of Marketing”: 3 Key Takeaways
We want to offer content that truly matters to you. By browsing this site, you accept the general terms of use and the use of Cookies. Learn more