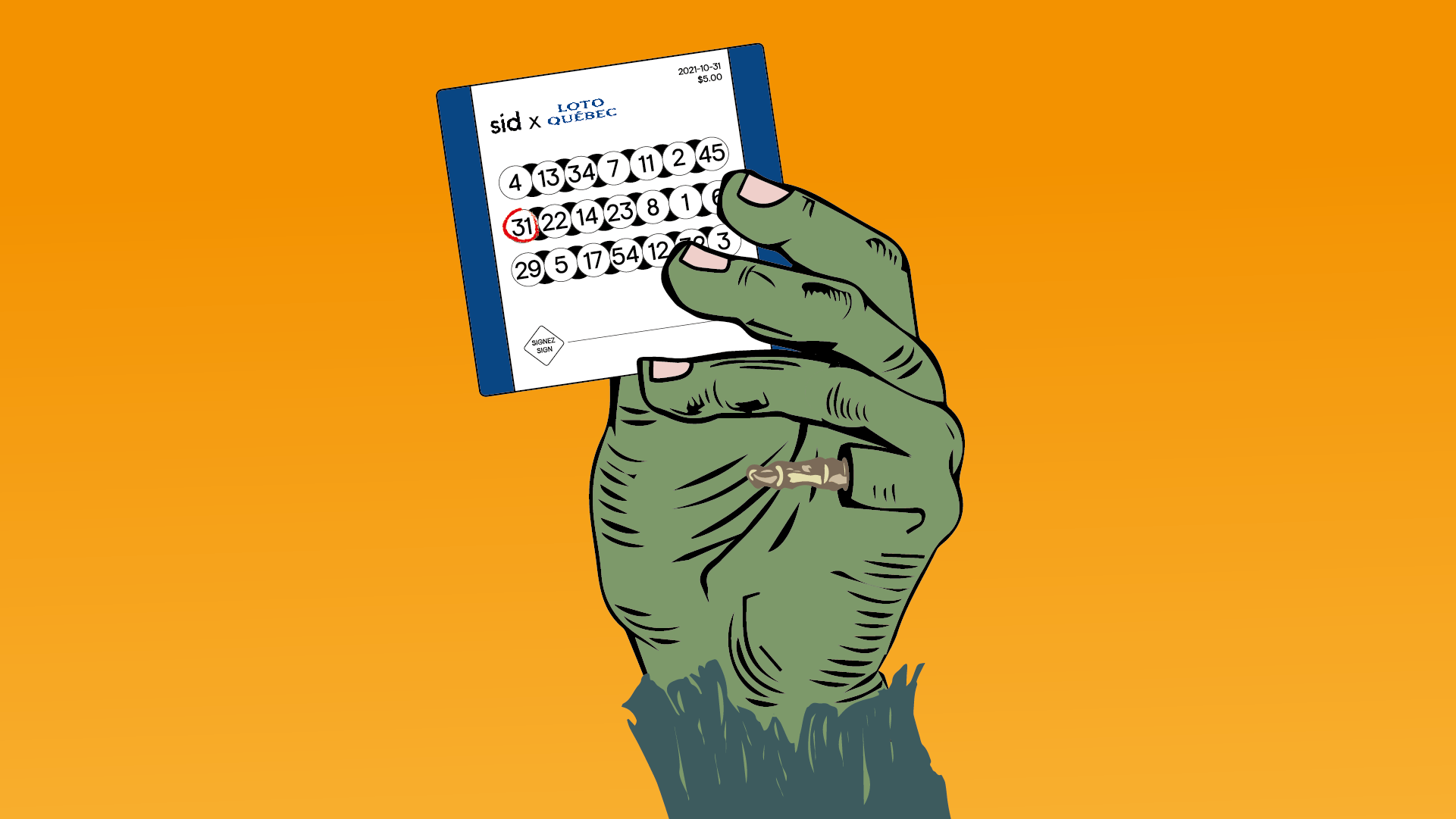 What are the ingredients for the perfect witches’ brew… err… seasonal advertising campaign? According to Executive Creative Director Alex Bernier and Creative Director Chris Jones, it’s a lot of trust, patience, and prosthetics.

In 2016, long-time client Loto-Québec presented Alex and Chris with a challenge: they wanted to advertise a Walking Dead themed scratch ticket. “Say no more,” said the pair, and put a jar of prosthetic human fingers on the counters of local convenience stores.

The zombie-themed prank was a hit and so marked the beginning of a dreadful series of Halloween campaigns.

Emboldened by the positive response to the previous year, the team upped the ante the following October by hijacking the security cameras of 5,000 local convenience stores. The new activation, Insecurity Cameras, appeared on Loto-Québec’s display screens (you know, the loud ones next to the cashier). In the place of pleasant chimes and pastel-coloured CGI, the screens showed grainy, after-dark security footage and a scene of a zombie harassing a patron in the store’s beer fridge.

“We were worried it wouldn’t work,” says Jones, “that no one would believe it. Well, people actually believed it too much.”

The stunt was so scary they had to pull it days before Halloween.

After that ordeal, Loto-Québec had had enough of Sid Lee’s antics and left for a competing agency.

Tricked you! They did not.

Chris and Alex’s team went on to concoct a few more spooky spots for Loto-Québec over the years, including a projection of massive spiders on St. Catherine and a Just for Laughs-esque evening featuring a zombie springing from a hollow column to frighten passersby. They called in an expert for the stunt—someone who had worked on World War Z and The Walking Dead, no less.

For the most infamous spot of all, the team paired up with the horror production company Blood Brothers to produce something in-house. “It was a huge leap of faith,” they recall. And from this faith came Dépanneurs hantés, fake security footage of ghostly happenings on the shelves and halls of Québec’s convenience stores. When the team leaked the footage, it was picked up by local radio stations, Twitch streamers, and even a news channel, eventually snagging 400,000 organic views. The media budget? $0.

Alex and Chris’s team credit the success of the campaigns to two things. First, the client’s trust, which they built over years of partnership. The strength of this relationship and, frankly, the client’s bravery, gave them the freedom to play around with the frightening themes and push the boundaries.

Secondly, the season itself. Around Halloween the veil is thin, and everyone has a higher threshold for abstract or unconventional creative experiences. “Very few clients invest in seasonal campaigns, but there’s obviously a lot of potential for success,” adds Alex. People love Halloween, and brands that join in on this phenomenon are in for a treat.

Who’s speaking at C2 Montréal — For You?
We want to offer content that truly matters to you. By browsing this site, you accept the general terms of use and the use of cookies. Learn more