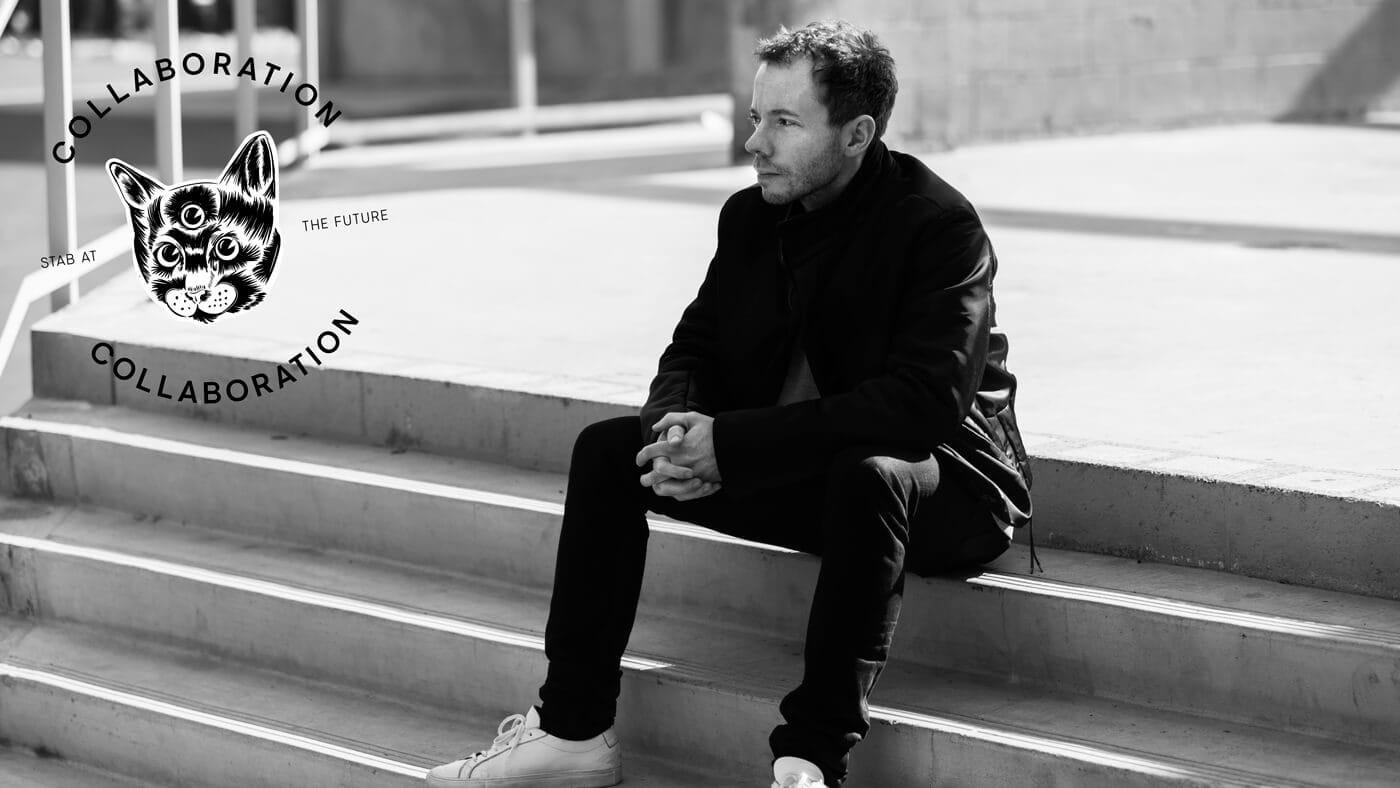 As President of Global Alliances at Sid Lee, Alex Pasini was presented with a unique challenge: how could the power of a collective be harnessed to yield new solutions to the world's toughest problems?

Four years ago, Sid Lee joined the kyu collective, a group of creative companies dedicated to building the markets, environments, movements and brands that will propel the economy and society forward. Suddenly, that meant working alongside companies specializing in data science, behavioural economics, sports sponsorships, and immersive creative experiences – niches way more specific than the marketing and communications that sits at the core of what Sid Lee does. From his home base in Tokyo, Alex talks about the keys to successful cross-collaboration, and how globalization and digitalization are going to help and hinder the ways companies work together in the future.

As companies have become more global and digital, the meaning of the word “collaboration” has morphed beyond recognition. Now we work across borders in endless ways, whether it’s between organizations or nations, and that seamless way of working is only going to grow as technology continues to accelerate and the world continues to globalize. That means we’re preparing for a future where what I call “cross-collaboration” is the norm. Cross-collaboration is when you invite someone else into the working space, be it a third or fourth or fifth party. It’s almost like you’re opening the door and inviting someone else to join in on the fun. It creates a different dynamic, an exciting tension, and allows you to crank up the power of collaboration, allowing the whole to be greater than the sum of its parts. Where collaboration is working with, cross-collaboration means working across – something that’s going to be become more and more essential as organizations’ aspirations grow. You might be resistant at first. That’s normal. But change is coming, and you see it in small and large ways every day. Consider the way that Europe, a fragmented, stratified region, accomplishes more in the level playing field known as the European Union. Globalization means separations are dissolving, and people are being pushed to consider a wider scope of collaboration.


The Business of Compromise
If you work in creative services, you know you’re in the business of compromise. There’s a unique tension that exists in creative fields, the push and pull of ideas between clients and collaborators that lead you to great work. The beauty of creativity is in that exchange. You have to be willing to bend, but you can’t break. When you invite a third element – be it a country, an organization, or a person – you can create something exponentially greater, particularly when those invitations mean bringing in wider skill sets and levels of expertise. Of course, if you don’t do it properly, it can become a disaster of epic, and painful, proportions.

Moving forward, what will the barriers be to working across nations and organizations? There are a number of elements that I think will work as obstacles, and drivers, to strong cross-collaboration. First, it will be a smoother ride – and a more successful one – if you’re open to the possibility of working with more and more people and ideas. Next, you need a strong foundation of trust between partners. Trust is built between people, not companies. When we first joined kyu four years ago, we knew that meant there were other companies we’d be working with, bringing different skill sets and knowledge to the table. But what I rapidly realized then was that it was meeting the people, clicking with them, and building those relationships that was going to make our work successful. It’s easier to build that foundation before you’re thrown into the trenches together. Sometimes, the fire of a short-term, tight-turnaround problem can be the catalyst to speeding up the trust process. But it’s risky; it can also have the absolute opposite effect. You need to establish a culture of honesty, transparency and low blame, and that takes time.


True Magic Happens Under One Roof
We’re really lucky to live in a world where technology makes it easy to communicate across borders. But the notion of humanity is critical. You can never underestimate the importance of chemistry and face time (and, no, I’m not talking about the app). I’ve found that brainstorming over screens is a waste of everybody’s time — people shout over each other, and you can’t read people’s body language or informal cues the same way. True magic happens under one roof, and that will continue to be true no matter how many players are involved.

Something I think about a lot is how to best set up structures that help these cross-collaborations thrive. The creative process can be draining and, if I’m being honest, it’s more draining when there are more people involved. Having a proper structure in place that’s able to support this is key. When I think of the kind of culture I want to instil as a leader, I think about a TED Talk given by James Tamm, a former judge and author of a book called Radical Collaboration. In it, he says the absolute best thing you can do for collaboration is manage your own defensiveness. So often, that defensiveness comes from fears about our own significance, competence, and likability. And when team members get defensive, our thinking becomes rigid, our IQs drop about 20 points and we become less effective problem solvers.


Keep One Score
From my vantage point, the successes of these cross-collaborations will hinge on a single number: one. You need one team, one name, and one score for this to work. First, when you’re picking your people, look at the aptitudes and attitudes of the people who will be sitting around that table. What are their superpowers? And how high is their willingness to collaborate? Are they trustworthy, patient, and inspired? Second, you’ll need to make sure everyone is on the same team. Ensure that everyone understands that the success of the project comes first, and whoever you’re repping comes after that. And third, the notion of having one score is critical. Everyone also comes to a project with different motivations. I think you need to set the goals of the project fast and early, and then celebrate both collective and individual victories, which will help ensure successes as these collaborations get more and more complex. It'll give everyone a sense of contribution and stake in the work, which will continue to be the priority no matter how the future changes what it is we're working on. Over the last year at Sid Lee, we’ve implemented things like performance reviews that assess not only the success of one office, but how each office is doing across the borders of the company. And we’re constantly looking for other ways to foster and encourage cross-collaboration.

When Sid Lee joined the kyu collective, we set out to build a progressive global network. We’re still working on how to best connect the dots. It’s something that’s always in beta. But one thing will remain true, no matter how far into the future we move: together we create, and individually we craft. Never one without the other.

Artefacts — Celebrating nature to protect it
We want to offer content that truly matters to you. By browsing this site, you accept the general terms of use and the use of Cookies. Learn more