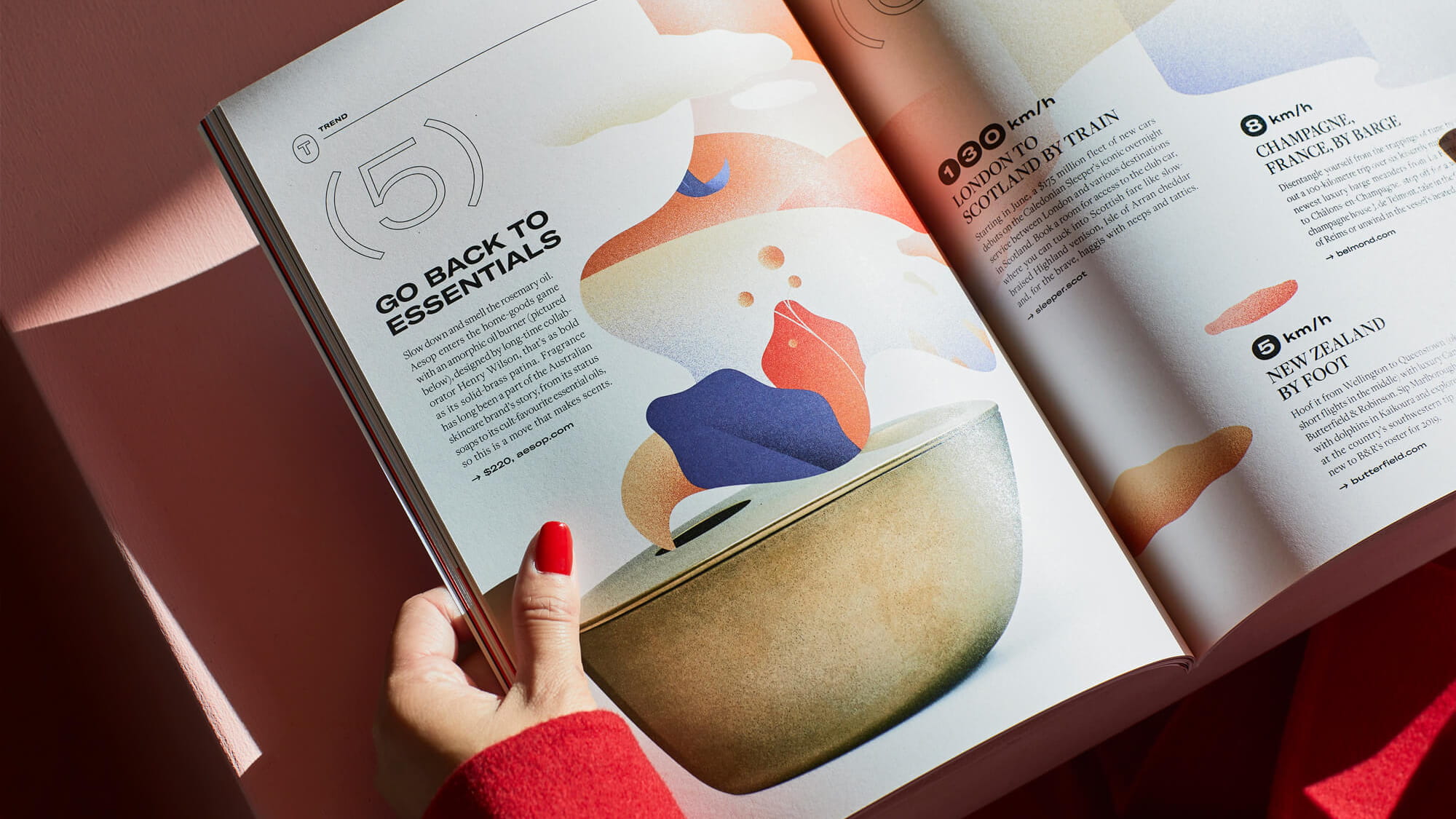 Print magazines will continue to play a special role in brand ecosystems. Here’s why.

I remember the first time I heard magazines were meant to disappear. It was in April of 2004, in Toronto, during a lunch held to celebrate my first day on the job at a periodical. “It would’ve been better if you had found something else,” a colleague joked, laughing. “In five years, print publications won’t exist anymore.”

Happily, I’ve had a great career, thanks to the branded magazines for whom I’ve worked for almost 15 years. Content marketing wasn’t very popular at the start of the 2000s, and many brows were raised by my fellow journalists upon hearing about the articles I was publishing in Cineplex or Fairmont magazines.

Without wishing my colleagues a future filled with Botox, I can’t help but smile when I think about the many reasons they’ve had to frown in recent years. enRoute, the monthly from Air Canada (where I worked for a long time, particularly as editor-in-chief), has with time become a credible magazine. These kinds of publications launched by brands have multiplied, a trend substantiated by periodicals like Here (produced by suitcase manufacturer Away), Net-A-Porter or the now-defunct Rapha, published by the bike accessory company of the same name and long an industry reference for its quality content and design.

Capital conversations
Of course, producing a custom magazine costs more than a Facebook campaign. But while companies are killing each other trying to capture people’s attention online, the idea of attracting consumers for long periods of time through a print publication is like the brand equivalent of a Friday night date. In other words, it’s quality time spent with people you’re hoping to attract.

Brand magazines are only one component in a long-term marketing effort, but they can play a very important role. National Bank, which recently hired the Montreal office of Sid Lee to lead a revamp of Présent (its biannual publication sent to customers of its specialized divisions in wealth management), took the ball and ran with it. By offering articles covering interests they have in common with their best clients, the institution is providing an invaluable asset: conversational capital. (I hope our agency’s CEO, Bertrand Cesvet, doesn’t mind me borrowing his expression.)

We don’t call it the knowledge economy for nothing: Our era runs on expertise and ideas. The National Bank didn’t shy away from calling on prestigious collaborators to add credibility to its magazine. I’m referring to journalists like Sarah Musgrave (a leading expert in gastronomy and travel whose respected work has appeared in publications like The Walrus and The Globe and Mail) and photographers like Jake Stangel, who’s lensed for the likes of GQ, Bon Appétit and Travel+Leisure.

In Présent, such luminaries have collaborated on pieces covering the latest trends—ammunitions readers can also use to start their own conversations. This service, graciously offered by the National Bank, has nothing to do with finance, yet it enables them to increase their value in the eyes of a prestigious, highly sought-after target. For a brand, developing such a privileged relationship is priceless.

Beauty mark
You can blame (or thank) Kinfolk, Cereal and Apartamento for having popularized the bookazine concept, these sumptuous publications half-way between books and magazines that can be purchased in chic boutiques and third wave cafés. Stefano Tonchi, former editor-in-chief of W, had it right when he said that “these days, magazines need to be beautiful objects that people want to collect.” And to display proudly on their coffee tables.

It's no accident that Sid Lee redesigned Présent to make it a high-end product. Investing in in-depth articles was crucial, as was the quality of its paper (recycled), the layout (clean), the photo selection (meticulous) and its typography (distinctive). It was essential that its design carefully translate the importance the National Bank lends its audience, as well as reflect its sense of taste: In other words, the magazine needed to fit the target’s physical environment. While the content provides conversational capital to those who read it, its look provides them with a good dose of aesthetic capital. The more Instagrammable a magazine, the more successful it is.

Launched in June, Présent has sparked an enthusiastic response. For its first issue, the magazine went with the theme of movement, an obvious choice if you consider the National Bank’s target audience: a community of accomplished professionals fuelled by the entrepreneurial spirit. For these business leaders, idleness is never an option. It’s also the case for brand magazines, who are faced every day with a new blank page.

Inspired — Nicolas Van Erum
We want to offer content that truly matters to you. By browsing this site, you accept the general terms of use and the use of Cookies. Learn more