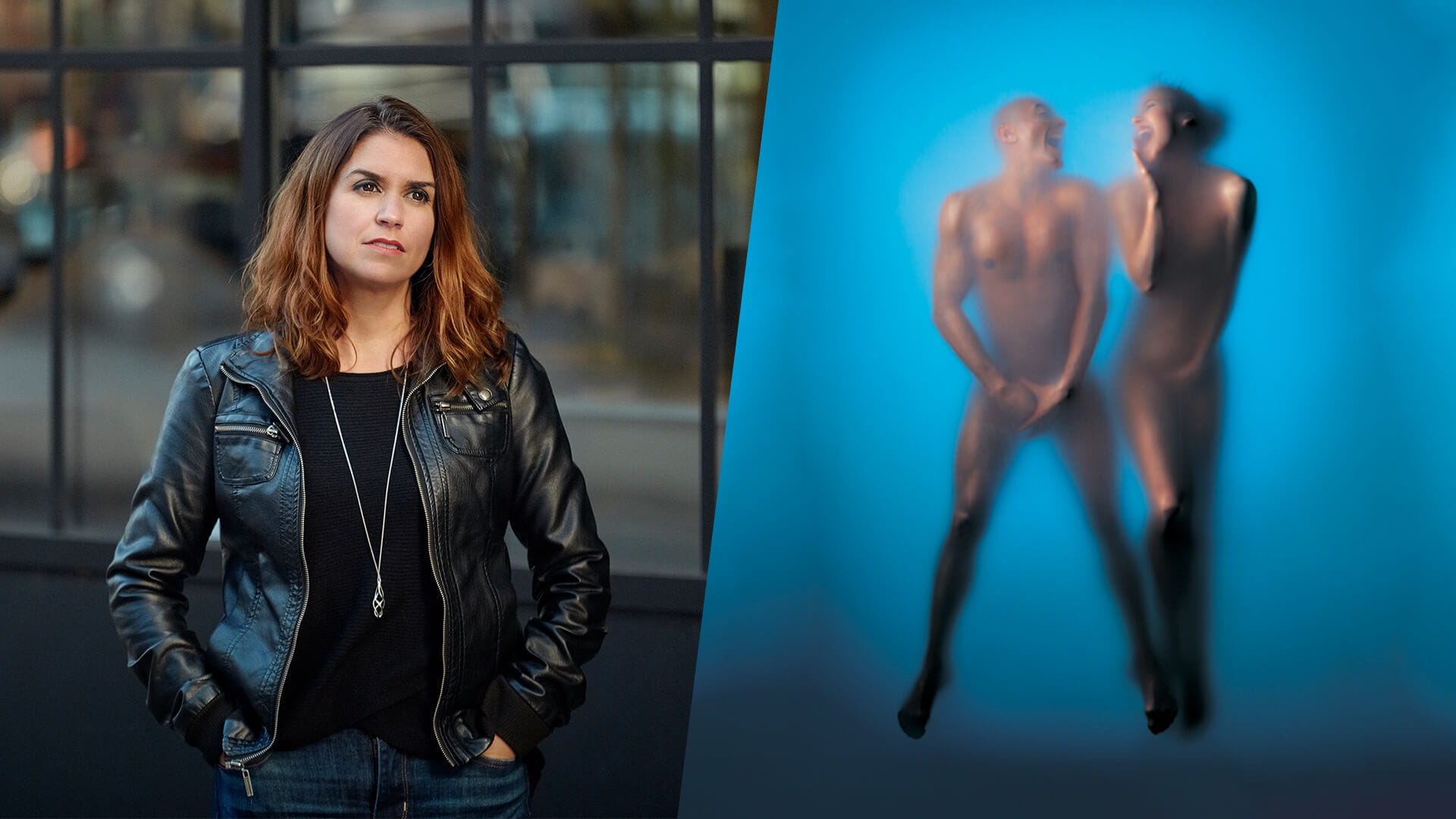 As told by Julie Provençal

The year was 2003, and the project was the Cirque du Soleil’s launch of Zumanity, which represented a whole new direction for them as they forayed into erotica. It was one of Sid Lee’s first international 360°campaigns, and one that would launch a lasting relationship with the Cirque to this day. Julie Provençal, now executive VP and partner, was the account executive on the project and worked on it alongside others that have since become the company’s top executives, including CEO Bertrand Cesvet and ECD Kristian Manchester. Here are Provencal’s recollections.


What was the stroke of genius?
The key was when we created the sub-brand, Another Side of Cirque du Soleil. It was right there on every image, as a subtitle, telling people in so many words, “don’t expect pirouettes!” This was just after Janet Jackson’s nipple scandal at the Super Bowl, so it was a very puritanical time in the United States. We constantly wondered, “Are we going too soft? Too hard?” We decided to turn the restrictions on their heads and vaunt the fact that we were using camouflage. To reach our desired market, we created a very artistic series of images, very high end, that explored aspects of eroticism – love, humour, athletics – all by using a latex-like texture that clearly said “sex,” but also allowed us to hide what we needed to hide.


How did the project take shape?
We created a series of colourful images that plastered the city, in out-of-home activations ranging from matchboxes distributed in bars to postcards, as well as the hotel’s marquee, billboards, tons of videos, the website – and so much merchandising. You’d walk into the boutique and it was really astounding. We also created a fur-and-lace invitation booklet to the world premiere, which was included in the Oscars gift bag, held closed with a frilly garter. To create the photographs we hired Tim Flach, a world-famous photographer from London, because Diesel was going big time and we could afford it! And we built a whole structure – picture a house where the roof is a sheet of latex – and we got the artists to lie on top of it and shot them through it.


Was there a learning experience?
Oh, yes. It was the agency’s first experience on the world stage. The photographer suggested it’d be great to work on slides, because it would create a particular graphic effect. So we do the shoot, bring the guy in from London, bring in all the artists – it was a complex and costly production. Not too long after the shoot was done and in the books, we learned that our ads would have to stretch nine storeys high over a parking building in Las Vegas, and the slides used during the shoot didn’t allow us to print that big in high resolution. So we shot the whole campaign again. All over again. The same exact thing. I laugh about it now, but it wasn’t funny then! It was our first experience on a project of a scale that immense.


What are your fondest memories of the project?
It was a campaign that gave us status. We were able to say we’d launched a campaign in Las Vegas, and we won lots of prizes with it. We also exceeded the Cirque du Soleil’s expectations. But the best memory of all has to be the launch of the world premiere, when we saw all our hard work come to fruition. The premiere after-party was one of the Cirque’s best – we partied through the night and watched the sun come up from the roof of the New York New York hotel, singing “Let the Sunshine In.” I pinch myself when I think back.

Stab at the Future — Betting on the future in an age of uncertainty
We want to offer content that truly matters to you. By browsing this site, you accept the general terms of use and the use of Cookies. Learn more